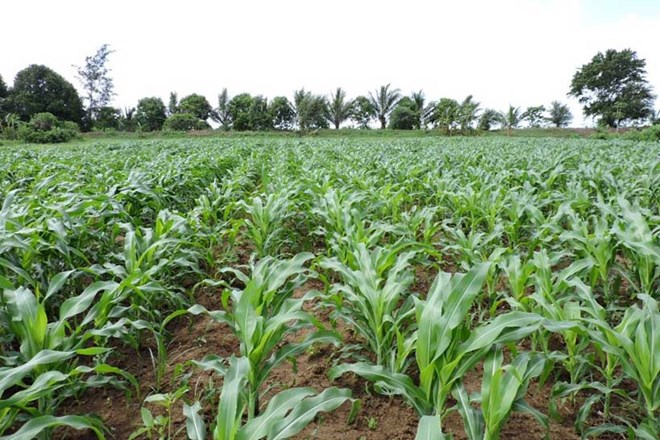 (Xinhua) -- The collapse of the central government in Somalia in the early 1990s affected farming adversely as extension services and export of produce came to a halt.

The university student who is based in Somalia capital of Mogadishu is currently a celebrated greenhouse farmer who has ensured that households have an adequate supply of fresh produce.

"After the onset of COVID-19 which resulted in closures and cuts in imports, prices of goods including tomatoes shot up. The tomatoes I grow (plum tomatoes) are imported from Kenya and Ethiopia since they are not cultivated locally," Yusuf told Xinhua during an interview on Thursday.

Yusuf said that COVID-19 related restrictions jolted him into action, adding that there was an opportunity to fill the import gap and so he decided to put up a greenhouse which is known to yield more than the conventional open farming system.

"At first, I was worried that my project would not succeed because I had seen other people who had started such ventures but they collapsed," Yusuf said at his farm in Daynile district, located on the outskirts of Mogadishu.

Somalia youth hardly take up farming owing to stereotypes and lack of capital.

But for Yusuf, having acquired the knowledge in his ongoing agricultural studies, it was time to give it a try.

"I convinced myself that I have the knowledge that they didn't and then got started," said Yusuf

He said his farm produces 500 kilograms of plum tomatoes per week which are sold in markets across Mogadishu.

The amount is however a fraction of the demand especially during the COVID-19 period which has seen a decline in imports.

"This is the first step and we hope to work hard and add other greenhouses since we have established that the market is quite receptive," Yusuf said.

Ahmed Hassan, a distributor of the tomatoes said local clients have been receptive to the fresh produce thanks to its high nutritional value.

"People in the market are very positive about our produce. They used to complain about damaged tomatoes imported from abroad but now they get fresh tomatoes from the local farms," said Hassan.

Somalis mainly use cherry tomatoes which are grown locally but with the introduction of new varieties, the market is very receptive.

Though COVID-19 may have occasioned this new opportunity for Hassan, it too has presented its own downsides.

"We buy the seeds from abroad and since there were no international flights coming in, we were forced to use UN flights which cost us a lot of money," said Hassan.

Prior to the resumption of international flights last month, the price of a kilogram of imported tomatoes stood at 5 U.S. dollars but it has since dropped to an average of 2 U.S. dollars.

"Setting up the business cost us a couple of thousand dollars. We are now projecting to expand our farm and increase the number of crops we cultivate," said Yusuf.

Initiatives such as Hassan's are gradually turning the tide in relation to food security in Somalia.

The UN announced last week that some 3.5 million in Somalia are food insecure and warns the number could rise owing to projected poor harvests.

According to Hassan, there are immense opportunities in the agricultural sector in Somalia which the youth can tap into, to reduce unemployment which the UN estimates hovers around 70 percent.