Menu
Log in
Register
Install the app
You are using an out of date browser. It may not display this or other websites correctly.
You should upgrade or use an alternative browser.

the days of me indulging my racism addiction are over, this old man is retiring and recovering, @Exposed you may take my place, to @Koji i apologize for bringing you into my dark addiction, to @Je me souviens your still a dick but i wish to bury the hatchet, my days of saying that accursed n-word are over.
Last edited: Oct 13, 2021

alas my opinion of the french still stands i despise that homosexual species
Last edited: Oct 14, 2021

What you know about Cushitic Unity?

@prof chomp are you leaving the forum?

486th President said:
@prof chomp are you leaving the forum?
Click to expand...

no, i am simply trying to cure my dark addiction, it is unbecoming of a man as great as me.

What you know about Cushitic Unity?

prof chomp said:
no, i am simply trying to cure my dark addiction, it is unbecoming of a man as great as me.
Click to expand...

What's wrong with them

they are french as far as i am concerned

nigga wat, what my ways

Exposed said:
nigga wat, what my ways
Click to expand...

prof chomp said:
any of you that understand the meaning of the title should feel bad
Click to expand...

رئيس الهود said:
I did

I didn't think Mein Kampf was that great and I don't feel bad about reading Hitler.

Mein kampf is my bible

Omar del Wave said:
I didn't think Mein Kampf was that great and I don't feel bad about reading Hitler.
Click to expand... 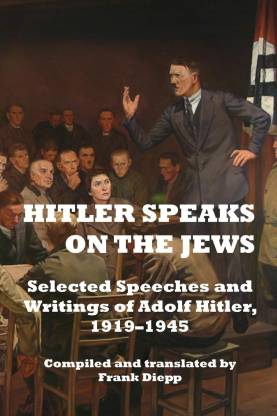 fascism actually had some good ideas before Hitler came and ruined it.

Hitlerism: literally never won ever, brings failure every single time people try it- Hitler, Modi, Trump.... it consistently ends as disaster, brings stigma and discredit to the conservative forces and wrecks the country

Hitler was an unstable crazy person and controlled opposition. This is why Hitler is talked about all the time.

Imagine if Ron Paul had become president in 2016 instead of Trump. I am convinced RonPaulocracy would have been a success story.

another point I'd like to make is I'm convinced Hitlerism is crypto-Marxist. notice how much it promotes division- i.e. class struggle.

the only useful thing Hitler did was discuss yahud.
Last edited: Oct 14, 2021